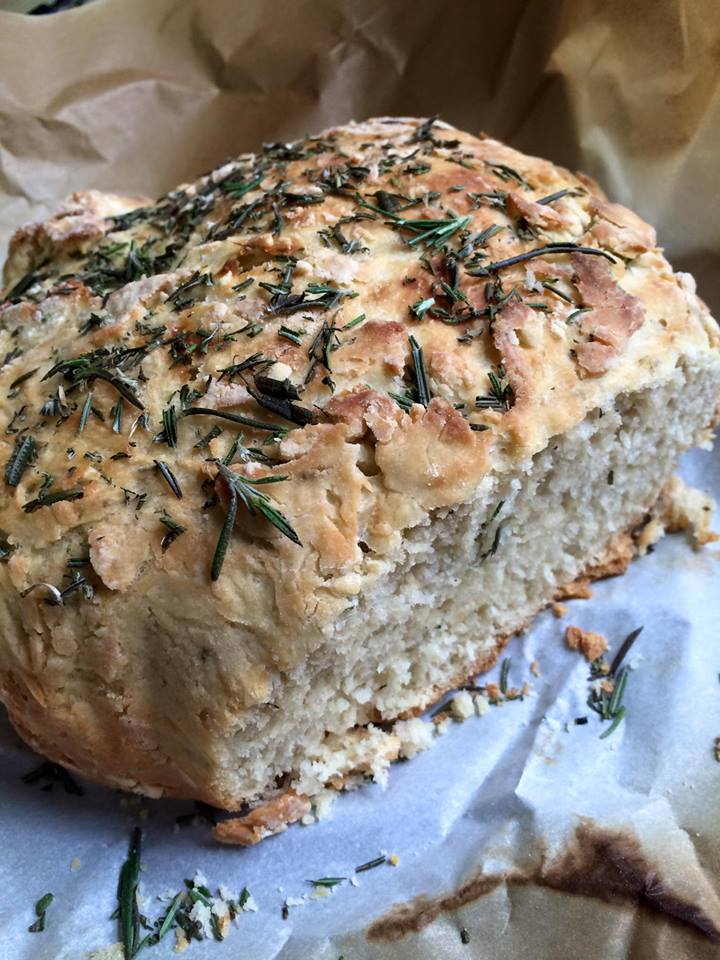 One of my dear friends Rachael makes the most incredible Rosemary bread that I’m almost 100% sure I’m addicted to. I thought her recipe was a secret so I researched and tried several different recipes until I found this gem on Host the Toast  and made it my own.Turns out she was willing to give me her recipe but oh, well! I made my own.

Quotes from the Farmer

While discovering how to make homemade bread can be exciting and novel, do be careful not to get too carried away. Having 2-3 full loaves of bread a week can lead to a bit of overconsumption so be sure to keep a balanced diet and don’t go too crazy on the carbs.

I’ve known several people who go carb free and lose like fifty pounds the first month. I’m sorry but I just can’t go without my beloved bread. Sorry swimsuit body I never had, my heart belongs to the bread. Thank god Jim loves bread almost as much as I do, I’m pretty sure a no carb lifestyle would be a deal breaker.

Yield: Theoretically 5-6 large pieces, 10-12 smaller pieces but good luck not eating this all in one sitting!

3 tbl Extra Virgin olive oil (or EVOO as my sister calls it, I couldn’t figure it out for longer than I care to admit)

In a large bowl mix together water, yeast and sugar, let sit for 10 minutes, the mixture should bubble (this is an excellent way to figure out if your yeast is too old to work, if it’s not bubbly throw it out!)

While this is being prepped get your crockpot set-up, make sure it is on a surface that can be warmed, be careful of plastic counters they’re often sealed with glue and a constant warmth can separate them.

Stir in half of the salt, the rosemary and 3 tablespoons of the EVOO and all the flour. Mix until fully combined with your hands.

Lightly grease a large bowl and place the dough in it. Cover with a (clean – no cat hair) kitchen towel and leave the dough in a warm draft free area. Let it sit and rise for an hour.

Remove the dough from the bowl and gently roll into a ball on a lightly floured surface and let it rest for another 20 minutes.

Cook the bread for 2 hours and then remove from crockpot. The bread will be a bit pale, if you like tan crunchy outsided bread you can stick it under the broiler for a couple minutes, but make sure to watch it!!