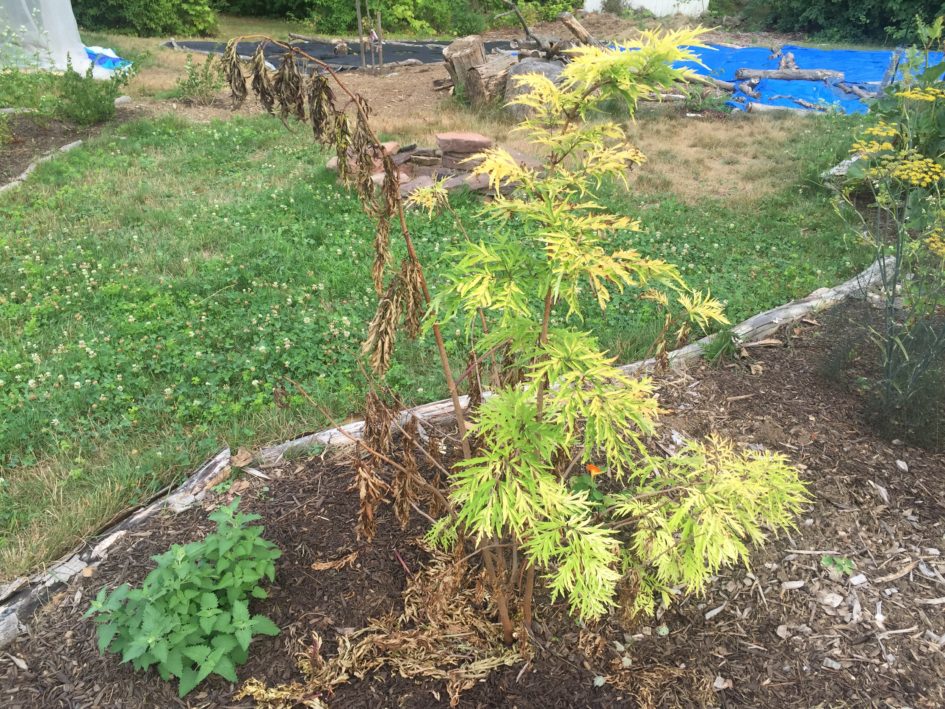 Got back from vacation and had our biggest harvest ever! We pulled 24 lbs out of the garden today, more than half as tomatoes. But of course I’m focusing on the failures we’ve had in the past few weeks. As beginners into farming we do think it is important to showcase our garden failures, either due to ignorance, or just poor maintenance. 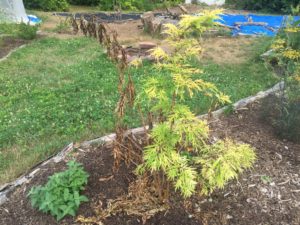 In a matter of 2 weeks we’ve gone from raving about our excellent choice of brilliant bright yellow Elderberry to nothing but twigs. The lemony lace elderberry bush was put in a year ago as a transplant and is a fruiting perennial. In its second year it still did not produce any berries, however it had just started to really grow in size. It had more than doubled in size and was looking good.

About 2 weeks ago the local drought was getting worse but we were watering occasionally. We then harvested the garlic patch which was adjacent to the elderberry bush. Within the next few days half of the plant started to wilt. We suspect verticillium wilt is the culprit, which is a soil borne fungus affecting many species.

We suspect the fungus because the initial presentation was a complete dying of half of the plant. The verticillium typically hits portions of the plants at once. Unfortunately it lives in the soil indefinitely. We are still in mourning and not quite sure our next step. This same fungus can hit currants and gooseberries which we have planted right nearby so we’re hoping this doesn’t become a bigger problem for us. 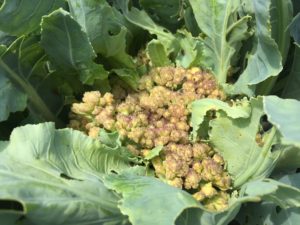 Our second year in a row of a complete bust for cauliflower. Last year we put in 4 plants and got all the way to harvest and discovered hundreds of little green bugs burrowing inside the heads. This year, the cauliflower heads just didn’t seem to form, and when they did they are black, spotted, and look to have little bugs on them again. Rather than seeing how they would do we pulled them out and fed them to the chickens.

While this was not a complete failure, our broccoli harvest was not what I would call a success. We never got any I would be proud to display or try to sell. In 6 combined plants we ended up with a total harvest of 1.5 lbs of really small heads. I suspect we did not give the plants proper water in the early stages and the initial heads formed were not very robust. Once we cut the initial head they did form side shoots, but were very inconsistent and small. After our last cut today we pulled the plants and again gave them to the chickens. Hopefully the chickens like them and turn them back into compost quickly so we can spread it back on the gardens. 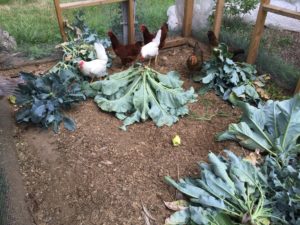 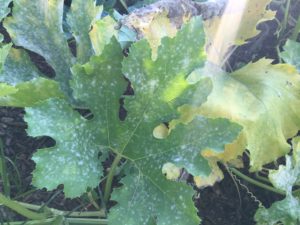 The pumpkin for the second year has developed powdery mildew. It manifests as small white spots that develop on the old leaves. After a few days they start to spread and the leaves turn yellow and die. Just like last year we had 1 giant pumpkin developing once the mildew started to hit. It looks like this year again we will have 1 giant pumpkin and 1 smaller pumpkin just started. We’ve researched some sprays like milk, and baking soda. Unfortunately we were just gone for a weeks vacation and wasn’t able to spray consistently and the mildew is starting to take over.

Of all the failures this one is the least of a true loss because we do still have pumpkins, but the plant is not as strong as it could be.

Jim is a yoga enthusiast, a naturalist and is a perpetual student with a thirst for knowledge. He works as a green building consultant for affordable housing developments and has a passion for sustainability. He has no formal training in growing food, but believes to change the world all you can change is yourself.