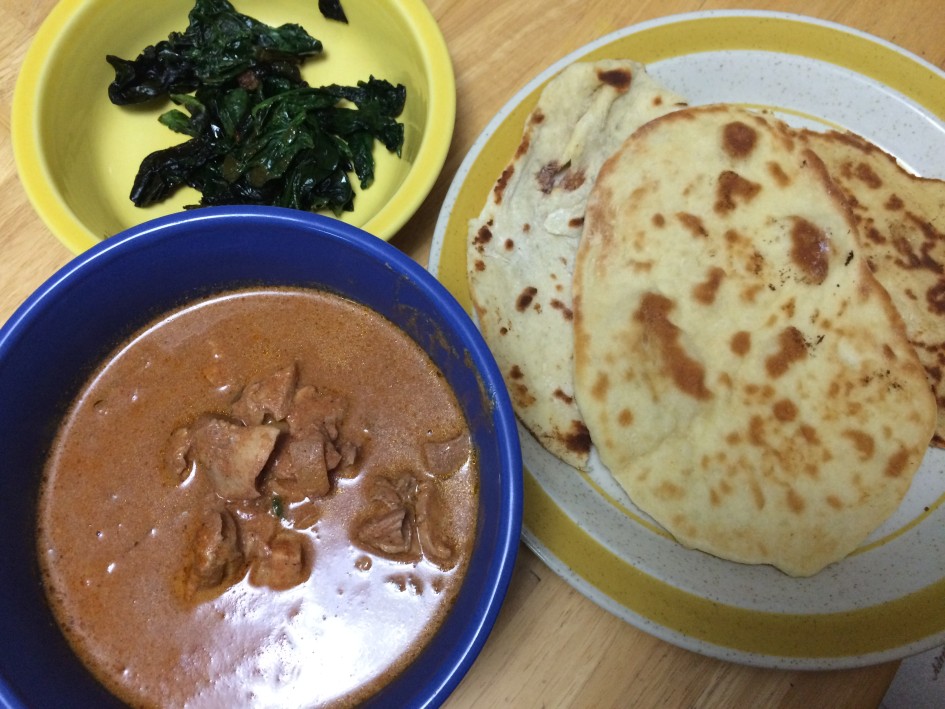 I’ve been wanting to make this dish for awhile, ever since I had it at an Indian restaurant where I used to live in Bloomfield. I must admit though that when I looked up the recipe I was a tad bit horrified at the ingredients, how very unhealthy it was! Although, with the name Butter Chicken I don’t know why I was surprised.

Finally, after some research I found this lovely little recipe on the blog The Kitchen Paper. She definitely made a healthier version but I did still change some things up so it fit our no salt, low fat lifestyle. I would love to make my own tomato sauce with the tomatoes we grow this summer. So maybe sometime I will make this again and with some more homegrown ingredients. I don’t think we can add anymore homegrown ingredients…unless some of the chicks are rooster (eeesh, I know).

I ended up making my own Garam Marsala, the recipe for which I included at the bottom of the page. I reduced the salt and pepper but I think the flavor is still quite similar.

I served this dish with Naan (recipe here) and with some sauteed spinach, other than the tomatoes Butter Chicken doesn’t have much in the way of nutrition. I’d say I hit this one out of the park, James (quote word for word) said it “was really, really good…probably the best dish I’ve made.” He’s a man of few words so you can imagine I almost fell out of my seat! 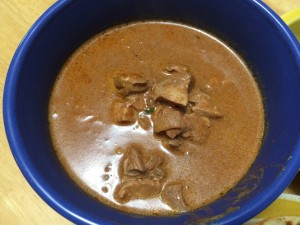 2 Cups half and half

In prep, cut up the chicken into 1 inch chunks.

Warm a large skillet with high sides, once hot melt 1 Tbl of butter.

While the chicken is browning, prepare the spices in a small bowl. You will have to brown the chicken in batches because it wont cook well all stuffed in the skillet, it doesn’t need to be fully cooked just browned on the outside.

Once all the chicken is browned, set aside. Melt another tablespoon of butter in the pan and add the onion and garlic, cook until its softened.

Add the bowl full of spiced and stir it in.

Add the tomato sauce and bring it to a simmer.

Your Butter Chicken is done!

Finish up cooking the Naan and serve! Enjoy!