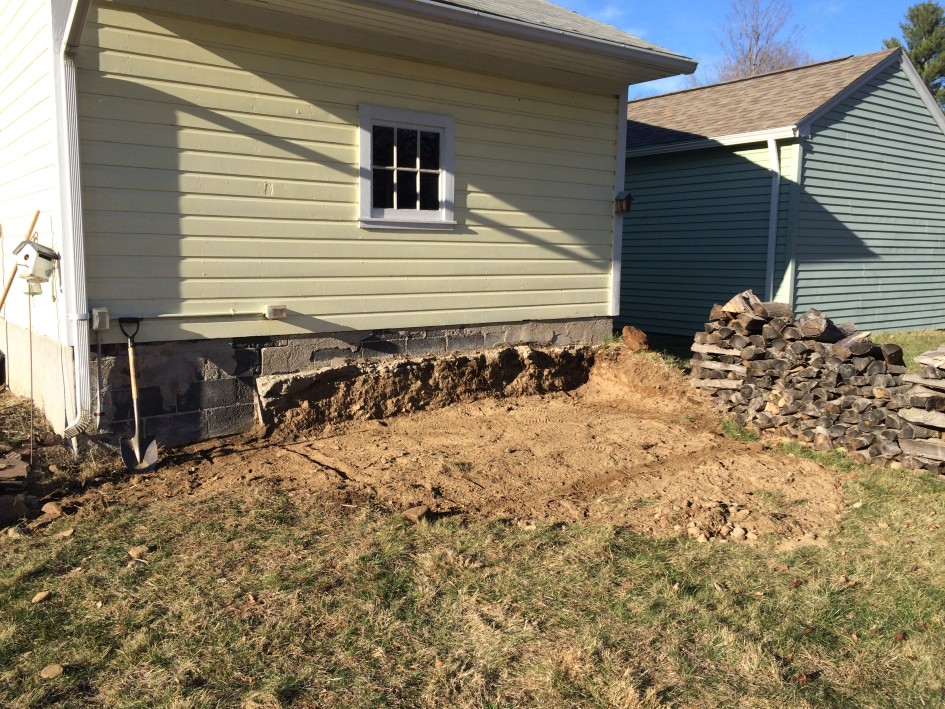 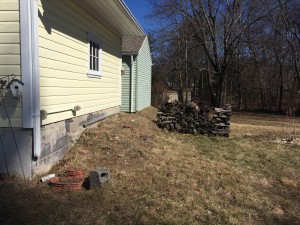 We’ve been very busy these past couple of weeks. Most exciting of all is breaking ground on the chicken coop! The coop will be built behind the garage where there once was a raised garden bed with a couple evergreen bushes. The bushes are gone but boy were those roots still there! Over the course of two days we hacked away at the hill little-by-little. It was littered with rocks and thick roots.

We started after a day of rain which was much easier than the second time when the ground was dry. I wanted to do it by hand mainly because the rocks, I wanted to reuse them if possible. We definitely did get a large pile of rocks to use for who knows what, hopefully something useful! 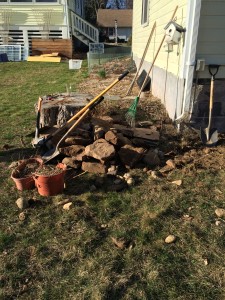 Look at all the rocks!

This week’s project is locating cinder blocks to build a cinder block wall behind the foundation as a secondary support. The hill we removed was providing a bit of back pressure on the foundation wall, so we want to add a little more support rather than leaving the wall exposed.

The most important part of the coop is the foundation, so we don’t want to rush, skimp or cut corners. Stay tuned for more updates on the coop building!