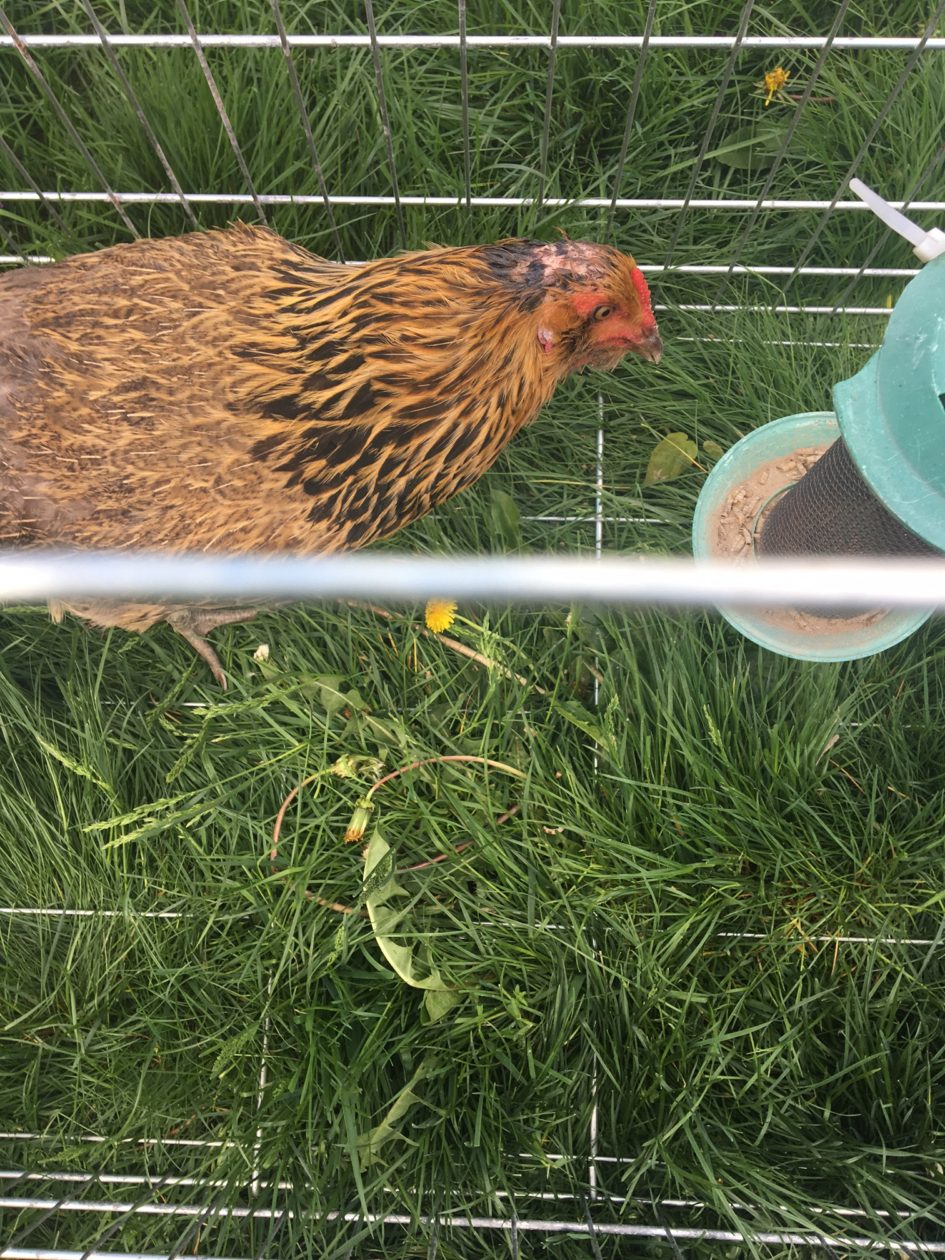 Over the last weekend I was doing my usual chicken check and noticed that when I ventured out only nine ladies greeted me in the outside run like they usually do. When I opened up the door to the coop I found one lone Americauna hanging out on the roost. Upon a closer check I noticed she had scaly open skin with some blood on her head. After some scuffle I grabbed her and took a closer look. I had never seen it before. So as a precaution Jim grabbed Ziggy’s spare crate and we isolated her. 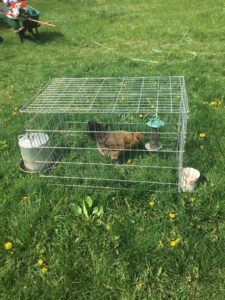 I asked my local Poultry Facebook group and the general consensus was that she was most likely the bottom of the pecking order and was getting bullied. I put some Petroleum Jelly on her head to help it heal and kept her isolated during the weekend to give her a break. As soon as she was alone she ate ravenously and I gave her some extra mealworms.

So now she is part of our weekend routine. Whenever we are outside we give her a break and let her out into the crate so she can eat a little extra and get a break from the pack. Her new nickname is now Baldy!