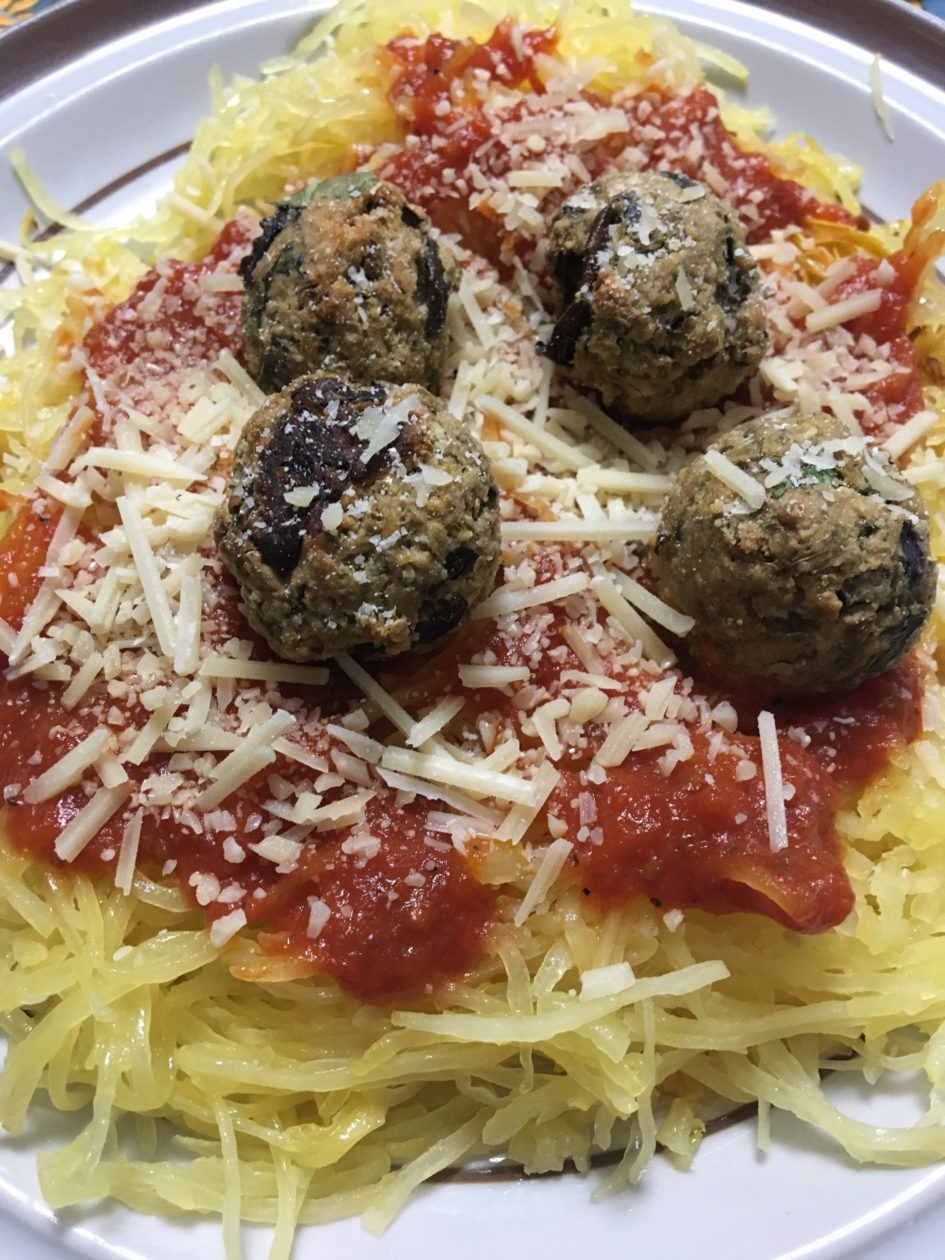 Have you ever tried Spaghetti Squash? It’s incredible, it’s also incredibly hard shelled! I usually have Jim attack it with the large knife. We’ve found that once you get the knife embedded it and then kinda of pick it up with the knife in it and whack it on the counter it’ll crack in the way you were hoping it would. Good Luck! Be Careful!

We have officially used up all of the eggplant meatballs Jenny made over the summer and fall. Next year we’ll have to make some more so they can last longer into the winter!

Preheat the oven to 400. Scoop out the seeds. Drizzle with olive oil (I use garlic and peppercorn infused olive oil which I think makes ALL the difference, so yummy!) make sure the olive oil is covering all the exposed surface. Place them on a foil covered cookie sheet and put in the oven. Bake for 30-40 minutes, until soft when poked with a fork.

Take out when done and let cool. When able to handle using a fork to scrap out the spaghetti like insides. into a bowl. Toss with about 2 TBLS butter and about a 1/2 cup of Parmesan Cheese.

Cover with Marinara sauce and your Eggplant Meatballs!