Up to Our Eyeballs in Eggplant 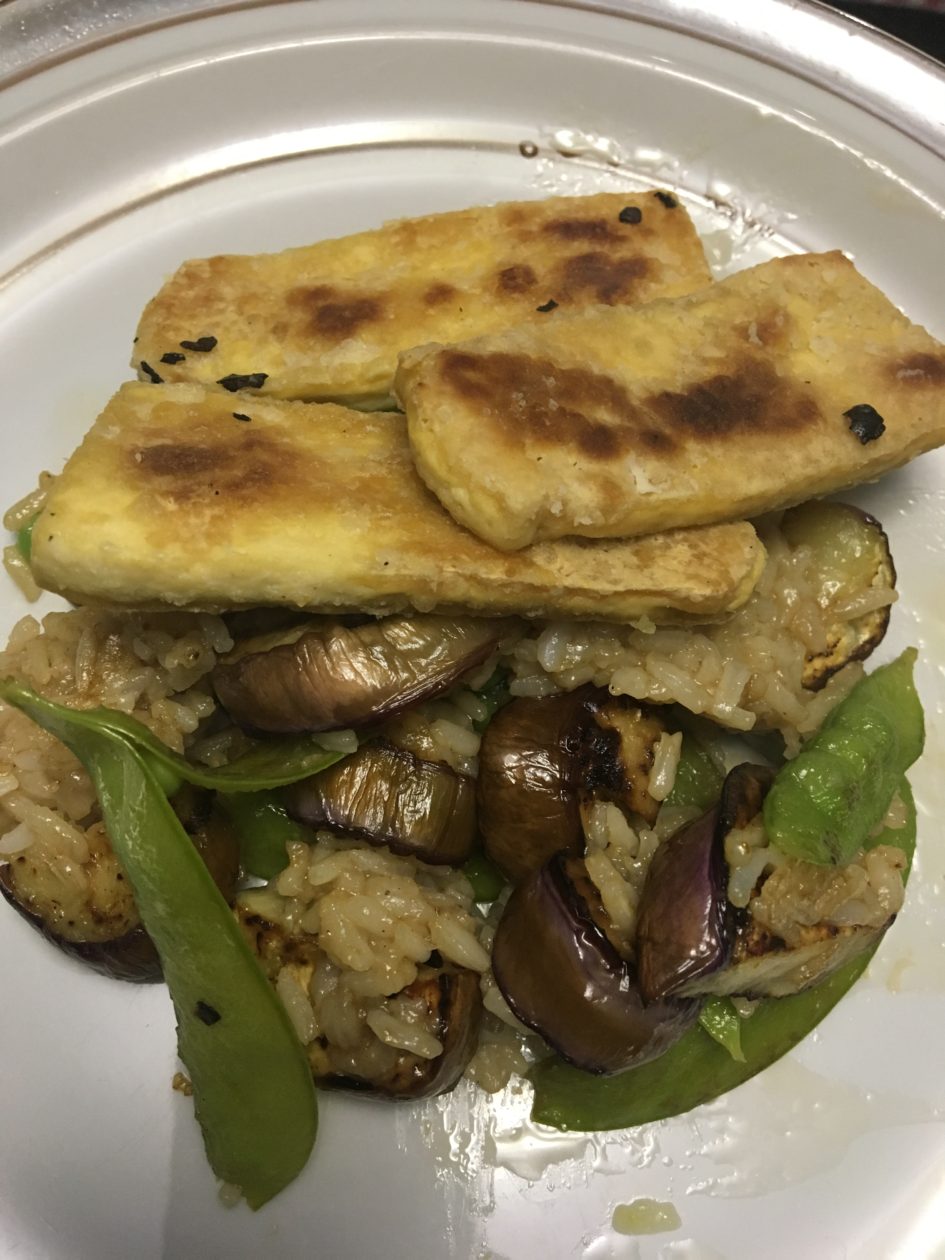 So many Eggplant, SO MANY!!

We got to a point where we were considering taking them to the corgi meetup we went to and handing them out to random people and/or leaving them on people’s cars like those pamphlets you get stuck until your windshield wiper.

So what the heck do we do with all these Eggplant?! Of course we made Eggplant Meatballs, which I also adapted into Eggplant Hamburgers, I just made the same recipe and made them into hamburger patties. We ate them on hamburger buns with marinara as the sauce and cheese melted on top. 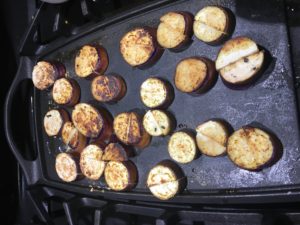 I also have been putting them in various fried rices and stir-frys. 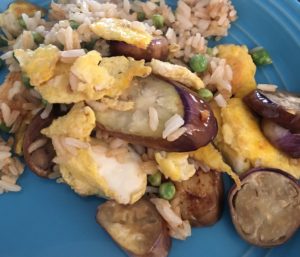 Have I told you guys how I have FINALLY perfected fried tofu? If I have just ignore me, but below I have reiterated.

Press the tofu by wrapping it in a towel and stacking some heavy books on top. Cut it into bit sized pieces and toss it in cornstarch, make sure to knock off any extra cornstarch. In a hot frying pan add one tablespoon toasted sesame oil and one tablespoon olive oil. 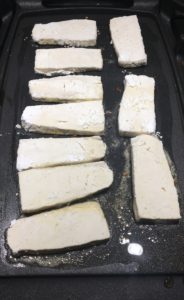 For some spice and extra flavor add 1/4 teaspoon of dried red pepper flakes. Lay the tofu down in the oil and let sizzle. Check on it occasionally, let it sit about 3-4 minutes and check on it, it should be light brown. Turn it over and let is sizzle on the opposite side, add more oil if needed. Serve it nice and warm. I LOVE the slightly crunchy outside and soft inside and the toasted sesame oil with the heat of the red pepper is FANTASTIC. 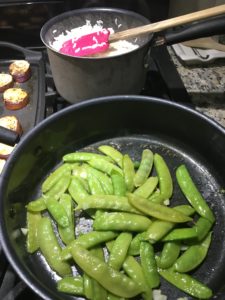 I fried some Eggplant, some of our Snow Peas and some white rice into a yummy fried rice. 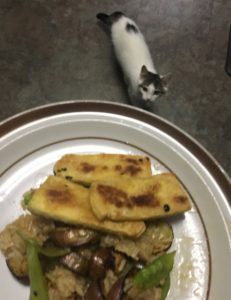 Note: this picture is blurry because I was running away from Padfoot who has picked up some mannerisms from his big brother Ziggy.