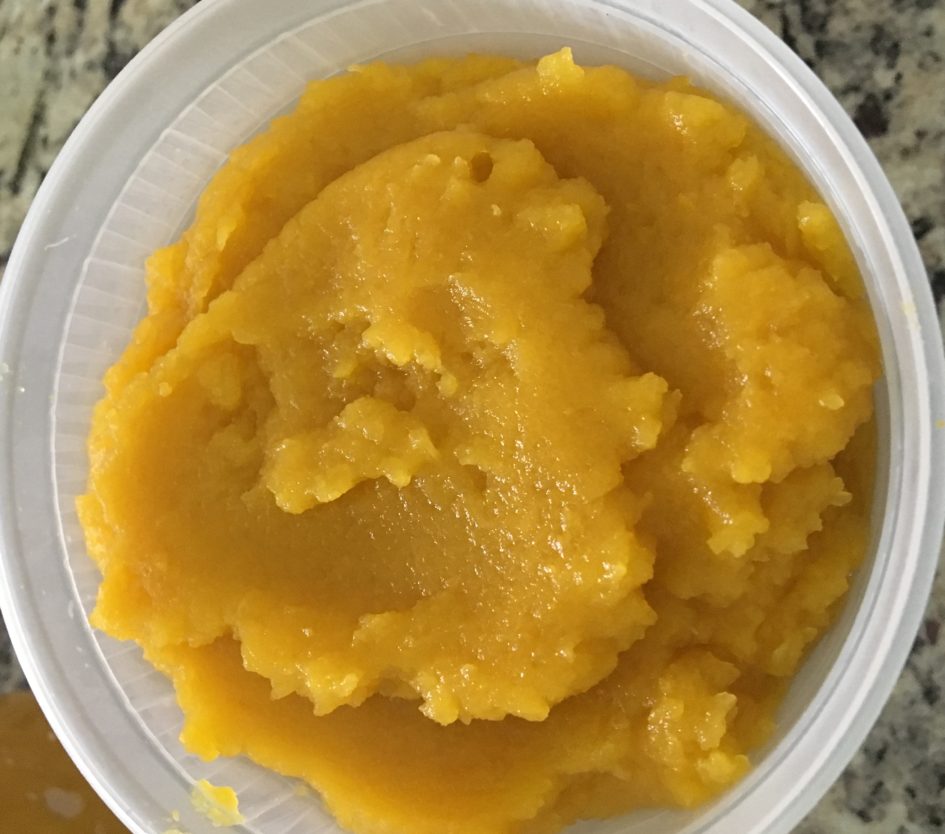 We had three very lovely, plump, orange pumpkins this year. We saw them in early September and we said “hey, we should pick those and use them.”

Mid September we looked at them and said, “those would be great in some home cooked meals.”

In the beginning of October we texted each other: hey, so those pumpkins, we should probably pick them.

On October 26th I finally went out and inspected them. Still orange yet the two smallest were not so great. One was hallow and the other had a large hole, with some visitors. The chickens got some nice treats!

Yet lo and behold, the largest of them was still good! I felt the need for haste in the act of preserving it. The best way to transform your homegrown pumpkins is by making your very own Pumpkin Puree.

CAREFULLY cut the pumpkin in half and scoop out all the guts with preferably a large metal spoon. Just get the stringy goopy stuff, leave the flesh.

Cover a roasting pan in aluminum foil and set the pumpkins cut side down.

Bake for 1 hour OR until they are soft, poke them with a fork. 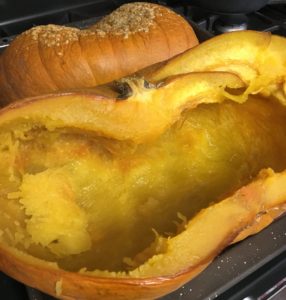 When done, remove them from the oven and let them cool off for at least 45 minutes to a hour, or until they are cool enough to handle.

Then, turn them over and with a metal spoon scrap out the flesh into a waiting food processor. Since my pumpkin was big it took three separate times in the food processor. 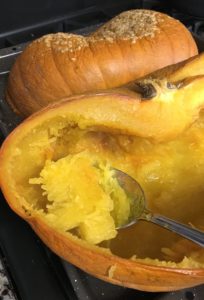 Process on high until smooth and spoon into a waiting container. 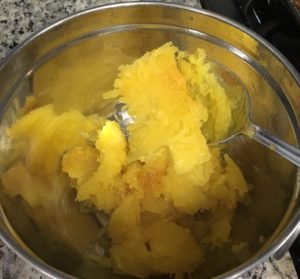 With my pumpkin I made 38 ounces of pumpkin Puree! 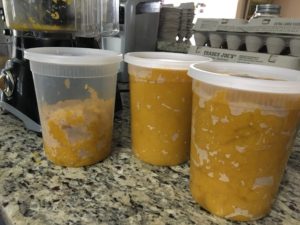 cooking, in the kitchen, pumpkin, yum