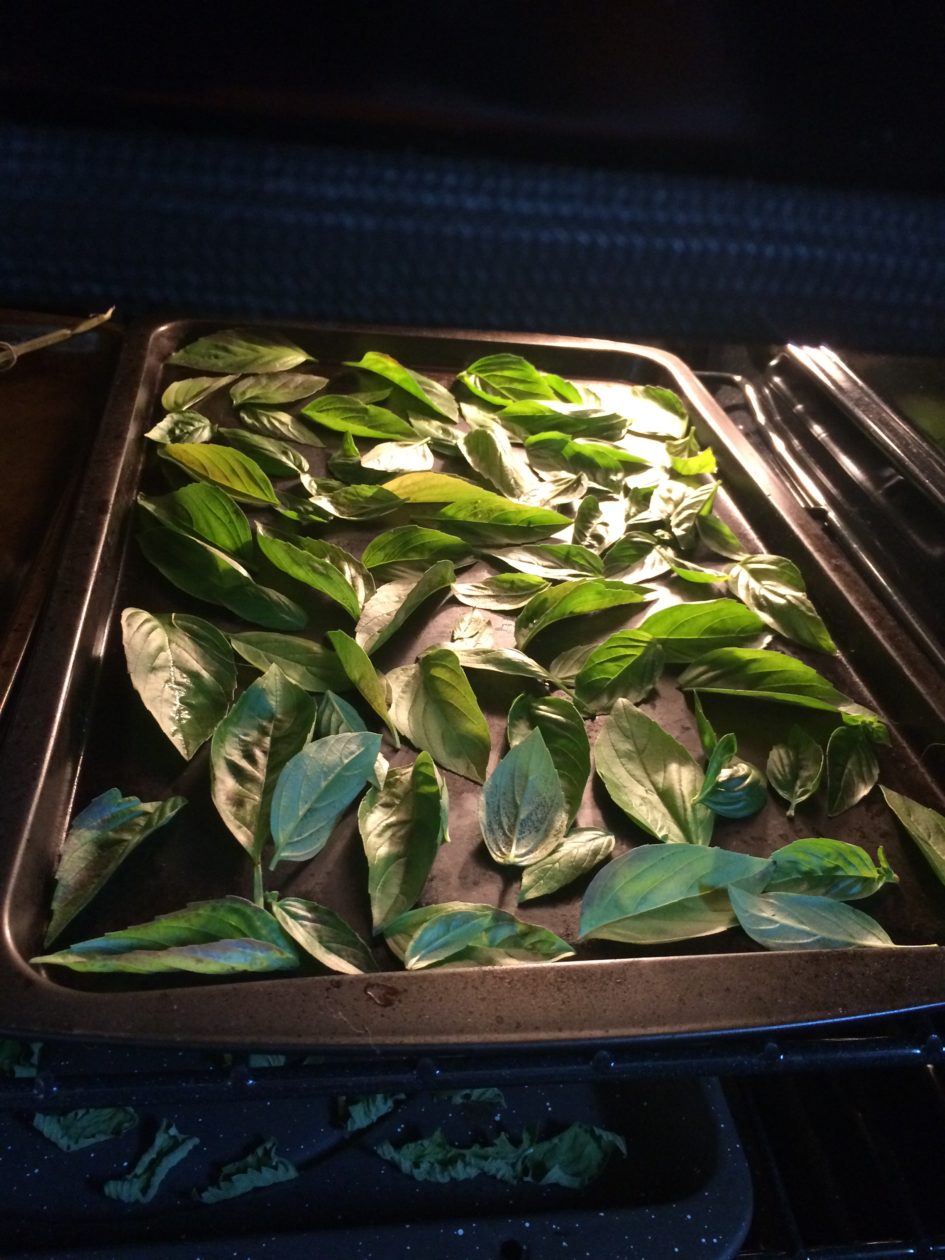 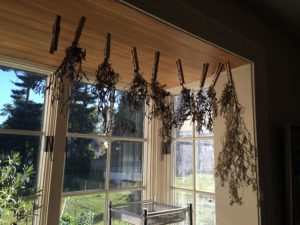 P.S Not the best solution…actually pretty much the worst. You don’t want to hang them in direct sunlight!

I am constantly worried that the things we are growing in our garden are not living up to their potential. Part of the way I live my life is to use everything to it’s full potential and let nothing go to waste. My goal is to respect every living thing, plant or animal, by allowing it to fulfill it’s potential and by using every single part of it that I can, not letting any of it go to waste.

I’ve been trying to make an effort to regularly cut and dry all the herbs I can. This is a tough process, it works great in the drier seasons of Spring and Fall but in the dead of Summer when humidity rises, cutting and hanging herbs to dry can be a several month process. Most herbs do well being hung but some have too high a water content to air dry very well. Basil, Mint and Catnip were giving me some trouble. I’ve done well with Rosemary, Lavender and Chamomile but they still took much longer than I hoped for. I do admit though, I have the attention span of a flea. 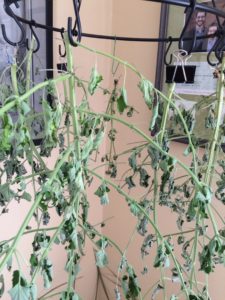 This Catnip will be here for quite a while.

After getting frustrated at the slow turnover and lack of space for drying I looked up alternatives to drying herbs. The top alternative is with a dehydrator. Jim and I ventured over to Bed, Bath and Beyond and found a $60+ dollar dehydrator. We came home, I read the direction, set it up, filled it with basil and waited. The direction booklet said it should take about 10-12 hours, on hour 12 the leaves were still pliable, hour 15 the littlest ones had a slight crumble but still not the distinct crackle you wanted and after 24 hours the leaves were still soft and nothing had changed. So back to the store that went!

I moved on two the next alternative. The oven! We have our brand new oven that we got in our kitchen reno and lucky for me it has a convection setting. To my knowledge convection basically means it has a fan that moves the heated air throughout the oven cooking things more evenly. I took a survey of the several sites I visited for help and split the difference of 170-180 degrees and set my oven to 175. Several of the sites said the key was to prop the door open. In the middle of summer with outside temperature hovering at about 90 degrees there was no way I was propping that door open, also my oven had an annoying habit of telling me to close the door after a good 10 seconds of it being open. So I didn’t. 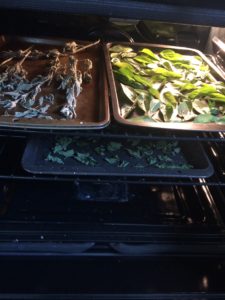 And guess what? They still turned out great! I dried Basil (yes, the very same basil I tried in the dehydrator), Catnip, Lemon Balm, Parsley and even Goji Berries (P.S NOT good right off the plant). I put them all in at the same temperature and they did great. Of course with my lack of ability of keeping track I have no idea how long I dried them for. It was a great thing to do on a day I was bouncing around the house doing all sorts of chores and I could peek in the oven pinch a leaf and see how crunchy it was. It’s sort of a fool proof plan, you want them to be dried out, so it’s pretty difficult to overdue.

Overall it worked great and I now have tons of dried herbs stored away for when our current store bought ones run out. I have no idea what I’m going to do with the Goji berries, check back for that update. 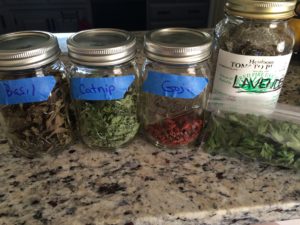