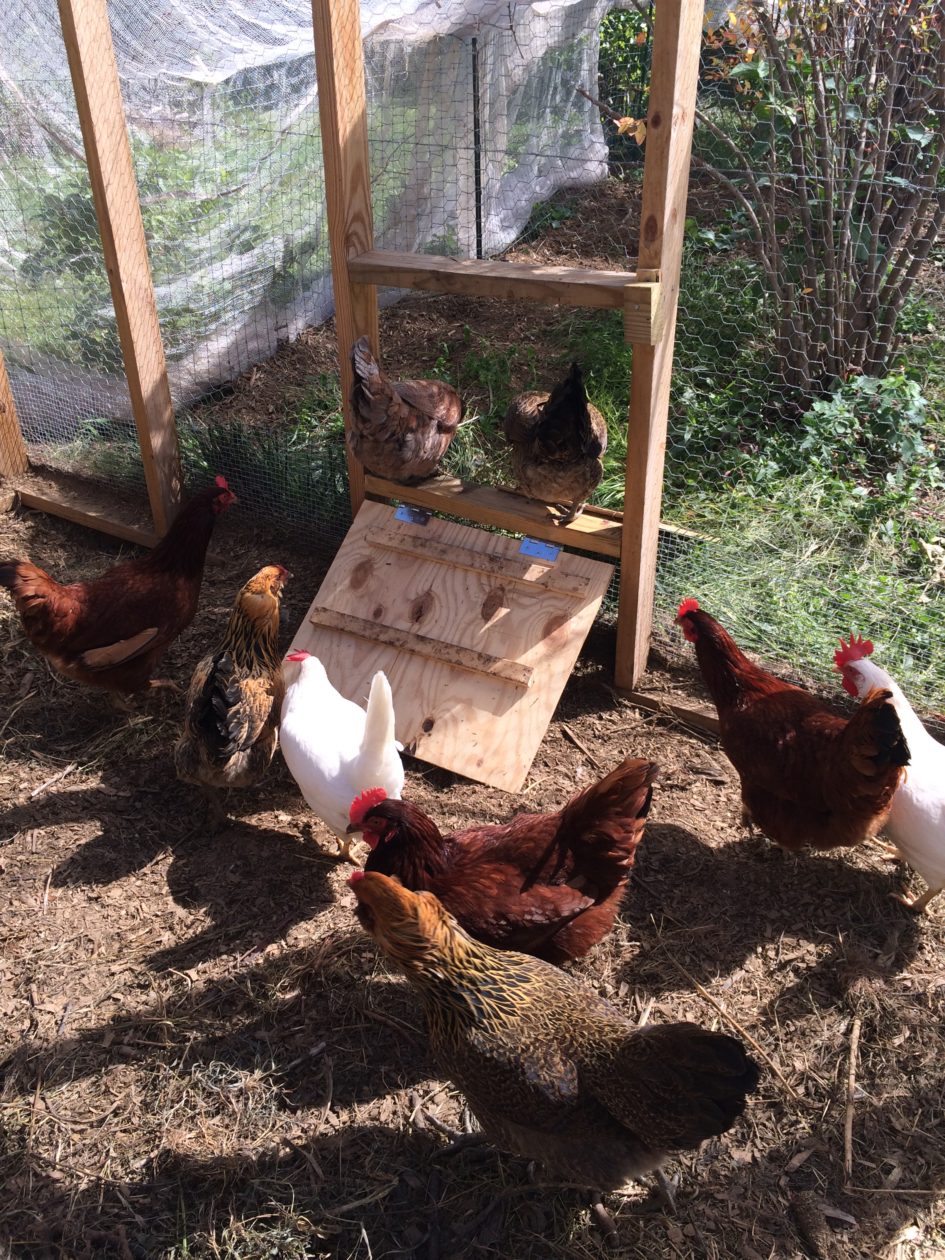 It’s been awhile hasn’t it? The girls have been performing greatly. We have been averaging on a high 8-9 a day and a low 5-6 a day. Almost everyone has gotten the hang of laying in the boxes. It took a little while but recently we’ve only had one Americauna who either hasn’t been able to get a spot, has been kicked out of the box or just wants to keep us on our toes. Every now and again we’ll find a little blue/green egg laying on the coop floor or out in the run. 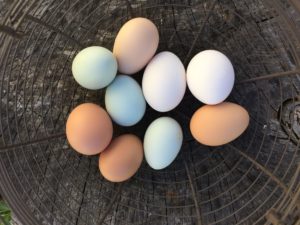 I’d have to say our best performers are the White Leghorn. As soon as they started laying they were consistently laying about one everyday and their eggs were large! I had read that they were great layers which is why I added them to my list to begin with but I also had read that they tend to be the most aggressive, which has also turned out to be true. They haven’t been aggressive per se but like we’ve mentioned before Chicken Parm/ Lady Parm is most definitely the first one to run to the door, towards you or at whatever you’ve just thrown in the run. They are both bossy and pushy. The Americuanas are definitely the most inconsistent layers and lay the smallest eggs. BUT their eggs are so adorable it’s hard to fault them for it. 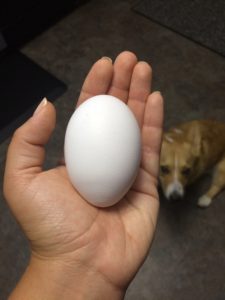 Look at the size of this thing! Even Zig is impressed!

Most recently we have expanded their run.

This was something I really, really wanted to do. Ever since we created blueberry Hill I had this vision in my head of fencing it off and creating a large expanded run for them to explore. It’s so exciting to see my vision come to light! We used taller, thicker wire fence and surrounded the blueberries, connecting the sides of the wire to the back corners of the run. We left the tobacco netting on the blueberries and draped it over the sides of the fencing so the chickens can’t fly out, securing it with several clothespins. We then cut an opening in the back of the run, first installing a short 2×4 to act as a bottom , framing it. We removed the chicken wire, installed a stationary ramp on one side and a ramp with hinges on the other side so that we can fold it up, blocking the opening. 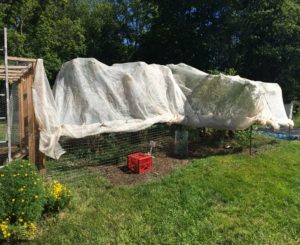 Our main concern is keeping the chickens from escaping and keeping the run safe from other things entering so we wanted the new run to be able to be blocked off. The largest flaw is that the new wire fencing is not buried like the run fencing is. While it’s not a huge problem we do have to keep an eye out for any places the chickens may be digging near it. I’ve been piling logs next to any spots I see that could be a problem. Also to combat this we only let them out after 2pm and lure them back in around 8pm and close it off. 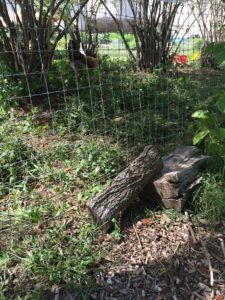 The run wont be around for ever, the tobacco netting needs to be removed at some point to let the blueberries get some full sun but for now it’s a great solution. The chickens love the weeds that have sprung up and will do a great job off digging them up to eat them.