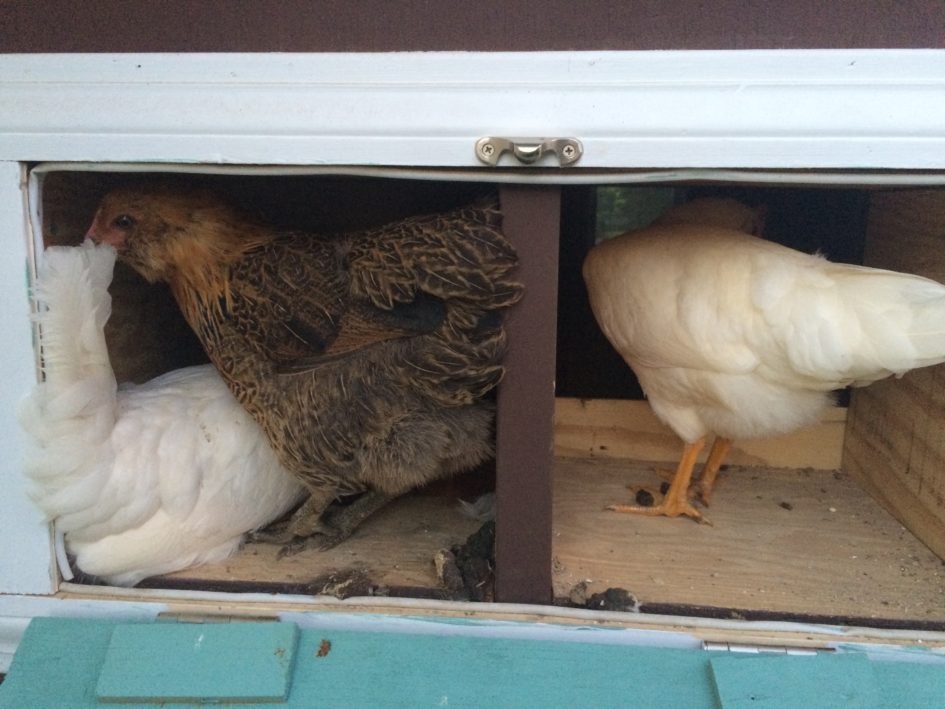 OK, so not actually training them. We aren’t that crazy…or ARE we?! 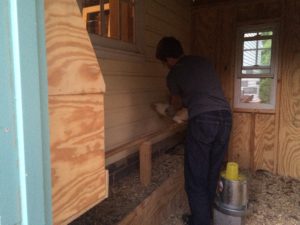 We are kind of training them, training them to not sleep in the wonderfully cozy nesting boxes we created for them and roost on the pole we so carefully set up for them. 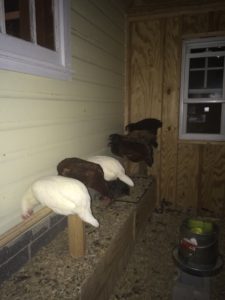 So now every night, as dusk settles in we venture out to the coop, quietly crack open the egg hatch and take a peek at how many chicken butts are wedged in boxes. I think our max has been five, three in one box and two in the other. One of us has to go in and take each chicken and place them (gracefully) on the roost, then watch while they jostle around and slowly try to make their way back to the boxes as if we don’t notice. 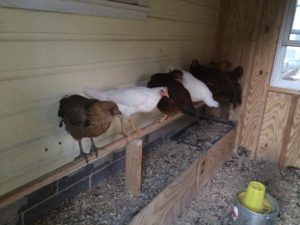 Then round two if need be and that’s that. Originally our problem was that they were roosting on top of the box. Jim rectified it by building a lovely steep roof for the boxes. 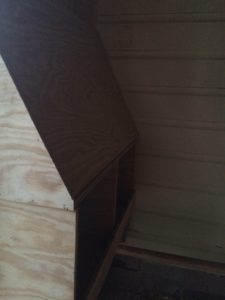 It’s kind of tough to see, but it’s a lovely steep roof

Other than being pains in the necks they are doing pretty well so far. We can’t wait for August when they start laying! Our next food is the finisher feed, we’ll get it when their food runs out! Our next project is to hang the metal waterer inside the coop, right now we have to clean it every other day because the top isn’t steep enough to stop the ladies from roosting (and poop) on it (thus, in it). Yet another flaw with that waterer, I’m just not a fan of it. Their outside waterer is doing well though! The newest update is that I bought treats for them the first time, I scattered them around the outside run and they loved it! They went crazy for them!