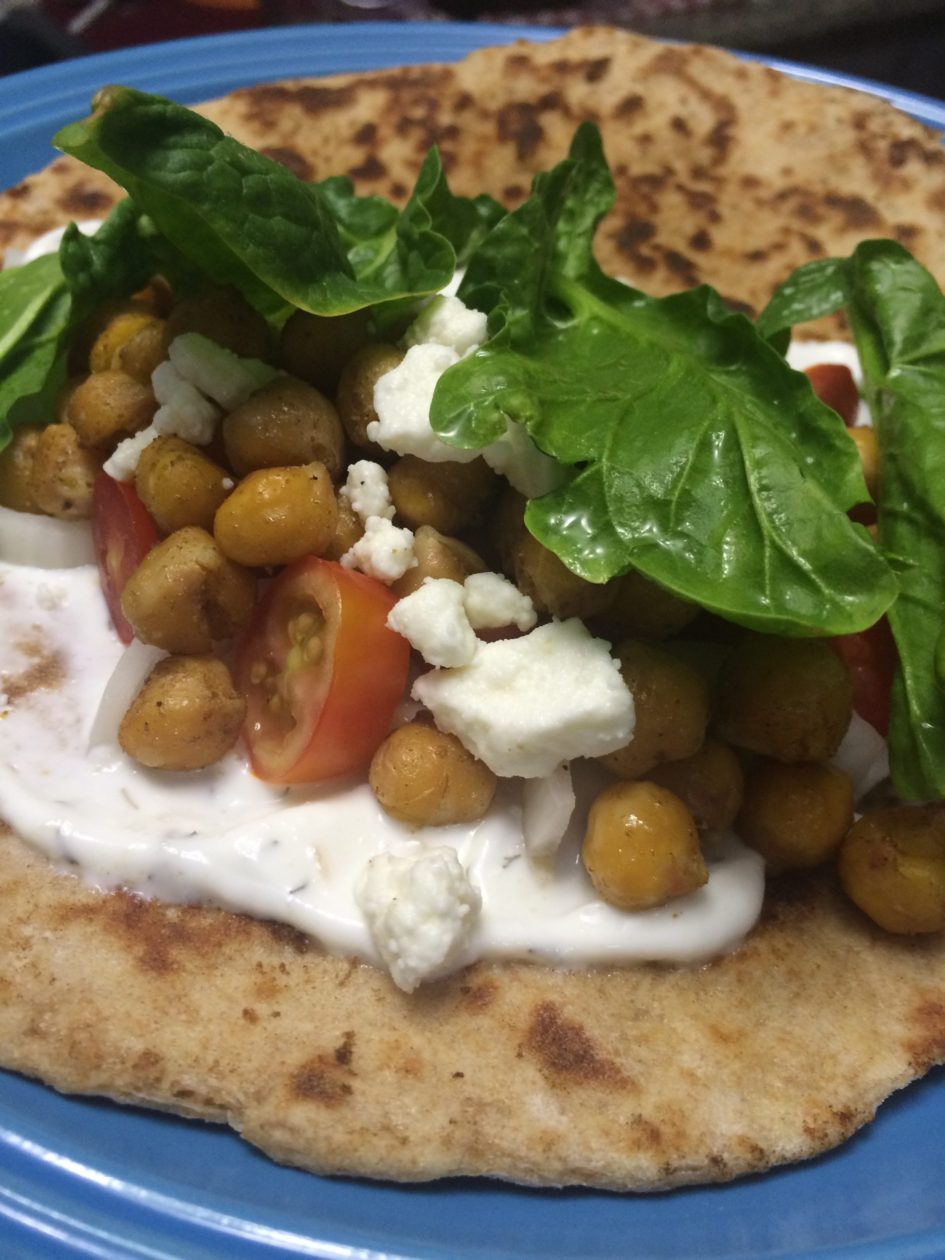 This week I unintentionally planned all vegetarian meals. We’ll see how it goes, we’re only one day in. While I love vegetarian meals both Jim and I usually find ourselves hungry a couple hours after the meal. So with all the recipes I found I beefed up the protein and added more vegetables.

I’m calling this a gyro but that’s because I’m not sure what else to call it. It’s shaped like a taco, uses Naan and is stuffed with yummy veggies like a wrap. So it’s essentially a blend of Middle Eastern, Mexican and American influences. Or in other words, a perfectly yummy combination! 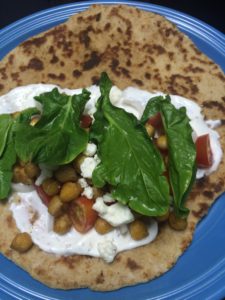 I found this recipe on Pinterest and it lead to Live Eat Learn blog. Of course, as always, I changed a bunch up. First thing was I made Whole Wheat Naan using my Naan recipe.

I also didn’t buy tzatziki. The tzatziki I found in the store had added salt and sugar. I had leftover Lemon from the last meal I made so I figured I would whip up something on my own. Also, Cucumbers aren’t in season and our grocery store doesn’t have any organic, so I had to create something a bit different. Here’s the recipe below! Enjoy! They turned out really yummy! The recipe is for three to four people but the Naan recipe will make more than that so use it for your next meal or double this recipe.

Make your Naan ahead of time so they have time to chill.

Mix all the ingredients together and refrigerate for use later. Make this first so the flavors have time to meld.

1 Can organic no salt added chickpeas rinsed and dried off, skins removed

Lettuce – butter or whatever you have available, we used Spinach and Sorrel

1 Large Plum tomato, sliced (We didn’t have any so I used leftover organic cherry tomatoes)

Toss the chickpeas in the olive oil, add the spices and toss again.

Cover a rimmed cookie sheet or jelly pan in aluminum foil and lay out the chickpeas on to it and put in oven.

Roast them for 10 minutes, give them a little shake to turn them over and roast again for another 10 minutes.

While they cook, prep your fixings.

Take them out, let them cool and prep your gyros.

Spread the yogurt sauce on the face side up of the naan. On one side add the onion, tomatoes, carrots and cucumbers. Spoon the chickpeas and feta onto the pile and add the lettuce. Eat it by folding it in half like a taco. 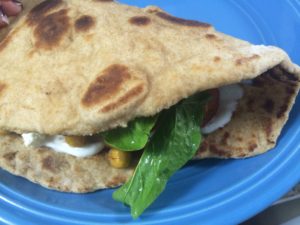