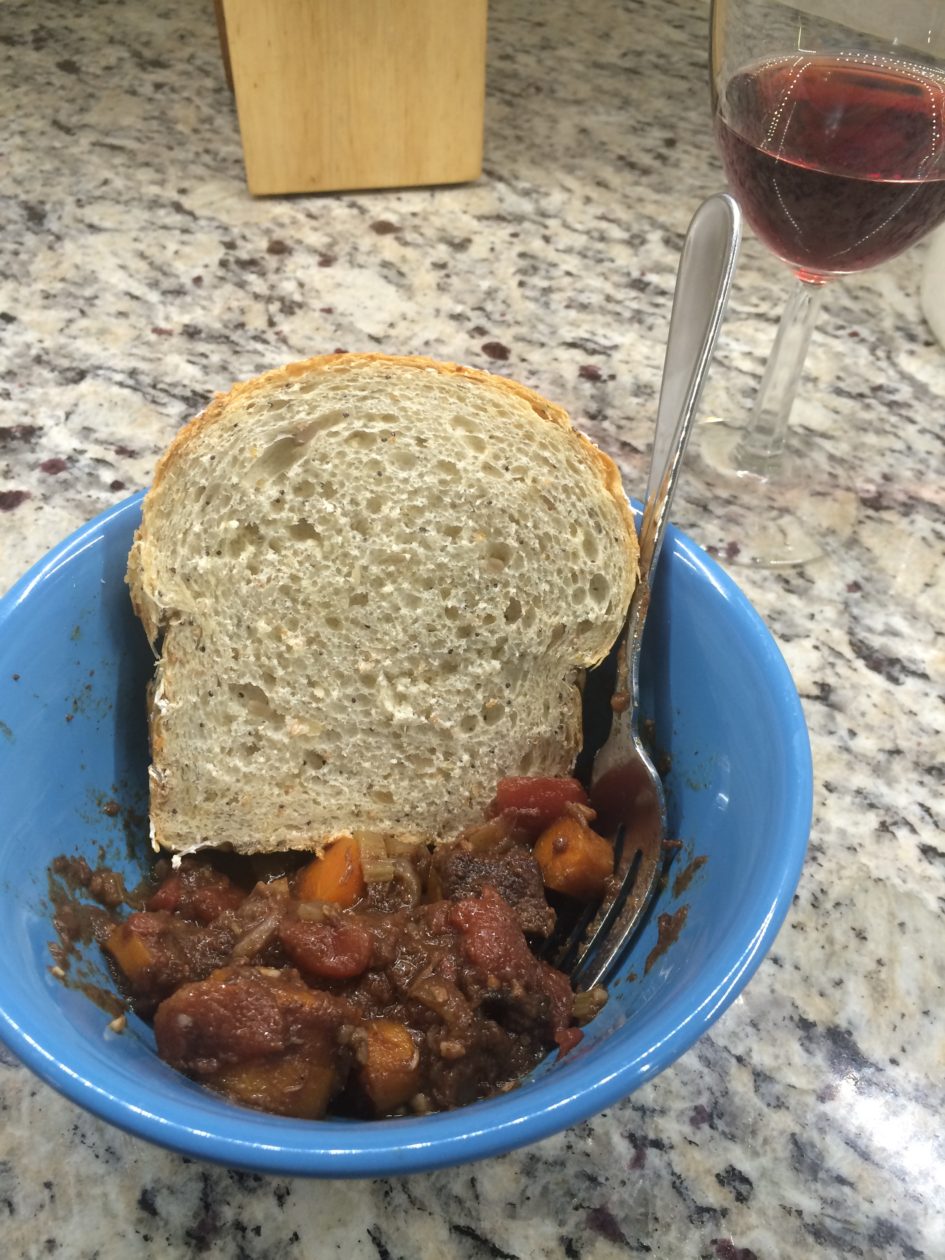 Spring is the toughest time of the year fresh-food wise. Before, when I relied on grocery stores and didn’t care about where my food was coming from I didn’t even think about the fact that Spring is the low point for fresh, local food. We’ll always have California grown and shipped food that grow year round. But for New England it’s the time of the year where everything is new and green. It is quite exciting seeing the new baby leaves poking their heads up searching for the sun. But all their energy is being used to stretch upwards to the sun and spread out their roots to get every last drop of water, and nothing is edible yet. If we had cold frames or green houses we might have some greens to eat but that’s another plan for another year (our chicken coop was our big project this year!).

Anyways, things like root vegetables are still available and if you can find some green house grown veggies even better! It was cold the other day and I really just wanted some yummy warm soup. But James is not a huge fan of soup, and I agree, it doesn’t usually fill me up. Stew though, is usually pretty filling.

This stew has some pretty unusual spices that may put you off at first but just trust me, it turns out lovely. They are a lovely mix of spicy, sweetness that goes so well with the meat and veggies. So many stews I found in my research have sugar in them, I’m not sure if it’s to combat the acidity of tomatoes but I found a way to forgo that in my recipe. I also cut out the salt, I don’t believe it’s needed but of course season it to your taste.

(We don’t eat red meat very often so I cut the amount in half and upped the amount of veggies.)

Serves 2 (with some leftover)

Ingredients for the Stew:

1 Cinnamon Stick broken in half

Marinade the meat overnight or at least more than 3 hours. I made mine in the morning and let is sit throughout the day.

For the marinade, combine all the ingredients and mix in the meat, cover and seal tightly. Refrigerate. (Save the wine to drink later.)

Prep all your veggies.

In a large dutch oven, or large oven proof pan, heat 2 Tablespoons Olive Oil. Drain the meat from the marinade, but KEEP the marinade, strain it to remove the cloves and cinnamon sticks. Once the meat is well drained, brown it in the hot Olive Oil and set aside.

Add one more Tablespoon of Olive Oil to the pot and add the celery, carrots and onions. Let them cook on low for about ten minutes to soften up. Stir them occasionally.

Add the tomatoes, marinade and meat. Put in the oven for 2 hours and 30 minutes.

Serve it with some crusty bread to soak up the yummy sauce!

(I’m eager to try this again with some potatoes, parsnips and maybe some other yummy veggies! Let me know if you do!)