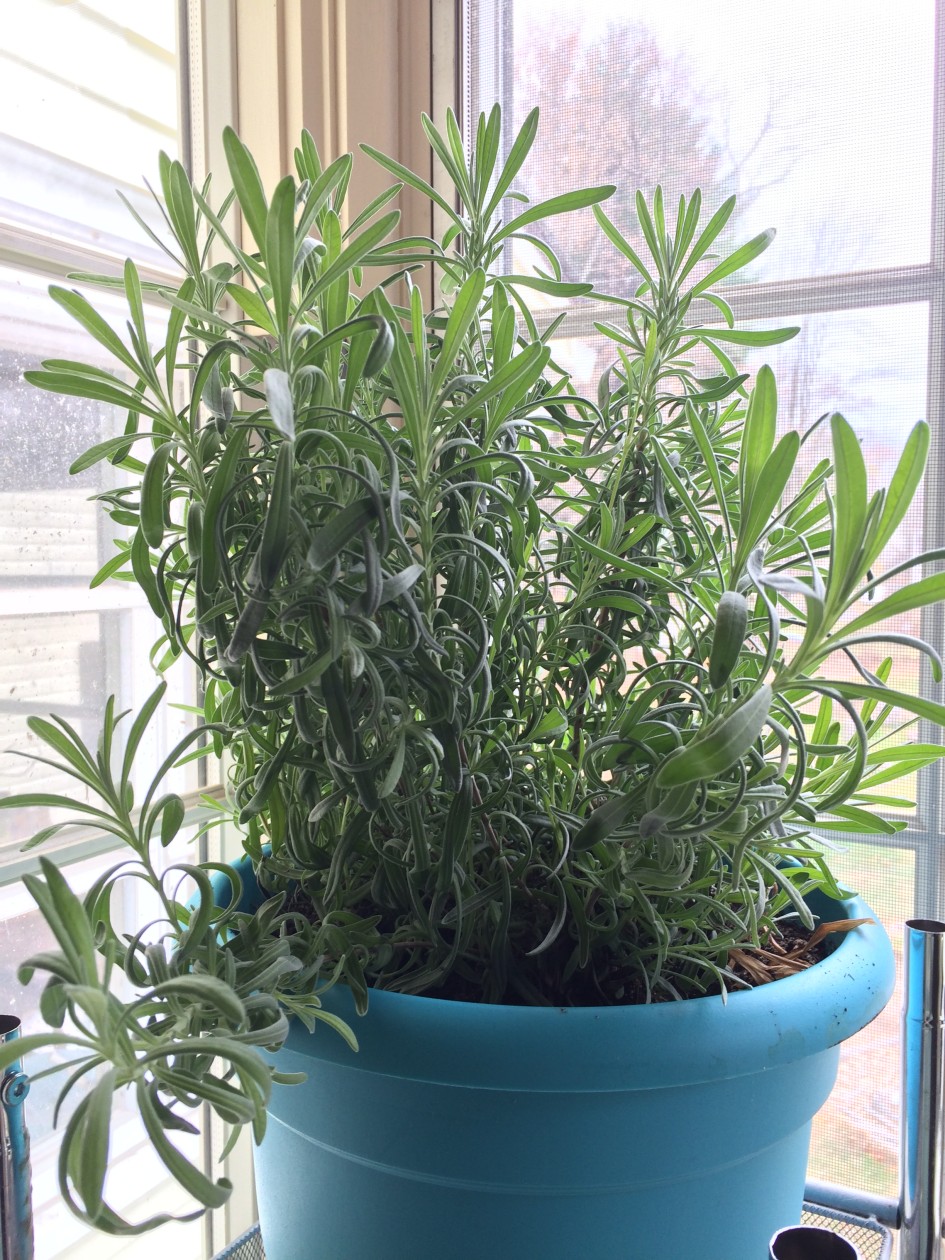 When planning our Farm to Table dinner I realized that I hadn’t planned a dessert. The entrees were easy, I wanted to create dishes that had mostly everything we were growing. One of the key things I love about cooking is that dishes can be adapted so easily, baking not so much. Which is one of the key reasons why I don’t bake very often. After careful evaluation I came to the conclusion that there was one key garden element that I was leaving out of the courses I had planned to serve.

Yes, yes, Super nerdy…only Harry Potter fans will get it. Lavender Brown was my one and only sole contribution to the garden. On a whim and partly to prove to Jim I could keep something alive I purchased Lavender at the Lowes near my house, transplanted it into a snazzy blue (self-watering – sshh) plastic container and set her out on my porch. She lived there all summer and I watered her almost every week. She stayed alive, didn’t necessarily grown but hey, shes still alive. That’s pretty exciting for me. So I decided that even if the dessert would only contain one homegrown item it would be a contribution from Lavender (not-so) Brown.

I found these cookies on Pinterest (of course). Historically I haven’t had luck with cookies, which is one of the reasons why I gravitated to cooking in my aging process. During high school after a particularly stressful day and when I couldn’t sleep (which was quite often) I would creep down to mom’s kitchen, choose a random cookies recipe from one of the many cookbooks and bake. Poor mom would come downstairs half-asleep, zombie liked awakened by the cookie smell wafting up to her room. Truthfully I’m convinced several of my A grades were influenced by cookie bribes.

So when I found these, already knowing my luck with cookies, I was a little nervous. But shortbread cookies are cookies that are pretty hard to mess up. A part of my aging process has also brought a very minuscule amount of patience and one of the key parts of shortbread (and most cookie recipes) is chilling the dough.  I followed this recipe pretty closely.

Time: 30 minutes, not including the chilling

Everything in this recipe is mixed in a food processor (I’m not sure if you can do it in something similar like a kitchenaid mixer and since I haven’t tried it I don’t want to endorse anything-let me know if you tried it in something else!)

Add softened butter to the food processor and cream with the sugar.

Add flour and salt. Mix until everything is consistent texture and color.

Remove dough from food processor, it won’t stick to itself very well, I just upended my food processor onto a large piece of parchment or waxed paper to gently form dough into an 10-inch log.

Gently roll the paper around dough to create a smooth log. The dough will be pretty sticky but not too bad.

Chill the dough for at least 4 hours. Every hour take it out and re roll it, it will settle in the fridge and if you don’t reroll it you will have oval shaped cookies.

When ready to bake, heat oven to 375F degrees.

Slice chilled dough into 1/4-inch slices. If desired sprinkle in raw sugar. Bake for 13-15 minutes. Remove from oven and cool completely before serving.